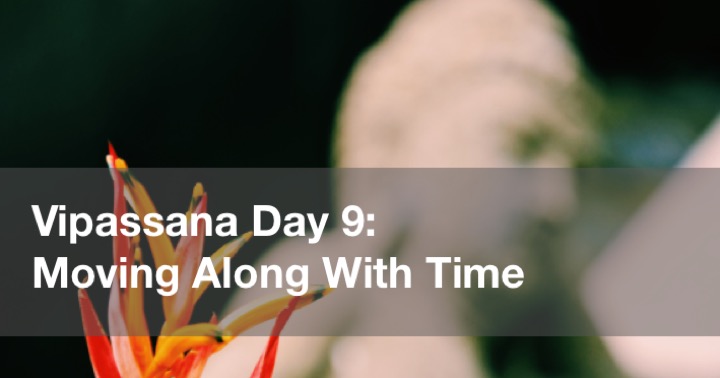 Vipassana Day 9: Moving Along With Time

I was late again this morning. I did not hear the first strike of the gong, but I heard it the second time. One server came to gently knock on my door, then she left. When I got up, I realized that every one was already at the Dhamma Hall.

With the thinking of that I could finally start talking in a day and that the retreat will be over in two days, I got slightly excited.

Since I felt the separation of body and mind the day before, the severe pain has gotten relieved much more. Whenever I felt the pain, I’d just observe it, then the pain started to dissolve. I felt my body became light and hard.

This feeling of moving with time was getting so intense that you’d forget time itself. The gong stroke again, another session was over. My entire body felt vibrated along with the gong.

“Vipassana, which means to see things as they really are, is one of India’s most ancient techniques of meditation. It was taught in India more than 2500 years ago as a universal remedy for universal ills, i.e., an Art of Living.” – Dhamma.org